We are almost back to enjoy the most controversial, entertaining and of course the funny reality show, Bigg Boss. The 11th season of Salman Khan’s Bigg Boss is likely to kick start in the month of September.

According to the reports, the upcoming bigg boss season 11 is all set to rock big time with some crazy list of celebrities along with some commoners. Speculations about the list of contestants in Bigg Boss are buzzing around. So, who is leading the list of speculated contestants? 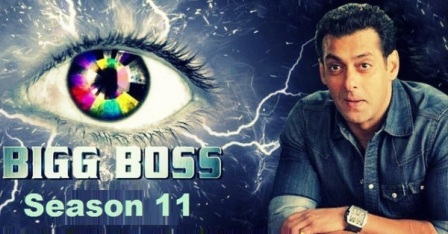 Here is leaked list of top six contestants, speculated to be a part of the upcoming season.

Dhinchak Pooja is a viral name that swirls the internet in the recent past. Is she going to make it or break the walls? We are not really sure whether to smile or weep as Dhinchak Pooja has been approached for Bigg Boss season 11. While she can be very much entertaining in the show, Pooja has the ability to twist it as entertaining nuisance! Fingers crossed.

It is nearly impossible to believe that the chubby and bubbly kid Anjali in Kuch Kuch Hota Hai has grown as hot as hell! Look at her recent pictures, you cannot believe what you see. Yet the reality is very hot and sexy. Sana already took part in a couple of reality shows, Khatron Ke Khiladi and Nach Baliye. While we are not sure had she been finalized, if she steps in, she will undoubtedly add a shade of glamour to the show.

Jamai Raja literally earned her name and fame, but that came with a twist. Her boldness to play a lesbian scene and kiss a girl gave her a notch higher. More than her daring move, she set internet on fire with her hot pictures. She continues to post her hot pictures on Instagram. Imagine, Nia as a part of Bigg Boss season 11, she will set fire.

Other names, speculated to be part of Bigg Boss Season 11

Achint Kaur needs no introduction in the small screens. She is one of the most popular face, familiar to every family through soap operas. She is part of the industry for many years. From Swabhimaan, Kyunki Saas Bhi Kabhi Bahu Thi to recent role as Durgadevi in Jamai Raja, she rocked the soap operas. Besides her impeccable acting performance, she also grabbed the headlines owing to her breakup with Mohan Kapoor. The 16 years marriage ended up in divorce and very soon, Achint created a storm by posting some bold pictures. Official confirmation from Achint is awaited.

Famed for her role as “Gopi Bahu” in the daily soap opera, Saath Nibhana Saathiya, Devoleena is quite a popular face. Lately, she also turned the talk of the town for her striking avatar in bikini. Devoleena went on a vacation and posted her bikini pictures. The transformation from traditional to hot and trendy is totally alluring!

Do not under estimate about the speculations about the controversial contestants to take part in the show. While no celebrity actually nod YES to clarify your doubt, it always end up that the show features these celebrities. Just a few weeks to go and let’s wait and watch.