Hails from Delhi, Harsh Beniwal is a popular YouTuber, actor and a Viner, who is prominently known for its comedy. He has mammoth of fan followers on social networks.

Because of its comic timings and brilliant sense of humor he has been followed by millions of people from different parts of the country. [First confirmed contestant of Bigg Boss 11]

Harsh Beniwal a simple guy from Delhi started his comic journey just like a regular teen and then became a youth icon with a massive fanbase.

Let’s know more about his biography, career and personal details.

Brought up in Delhi, Harsh Beniwal is an animal lover and believes they should be treated equally like humans. He started pursuing BCA but dropped out in the second year to boost his online career. Right from the childhood he was much passionate about theatres and has participated in different stage productions. He credits his popularity to his strength and motivation that helped him move on from the dark period.

It was in 2015 when Harsh uploaded his first vine on the social media platform –Instagram. Till 2015, he released all of his videos on Facebook and Dubsmash, which was well praised, but eventually, the videos lost popularity due to some reasons.

Later on, he discovered the ‘vine’ videos where he presented his stories in short clips. Though he was not alone in the field doing the vines, his determination paid off and his videos became popular amongst the youth.

Each of his videos features a comedy style, a daily dose of family and relationship in a twisted Indian form. He even collaborates with similar channels like Hasley India, TheComedyHunt etc.

Youtube 2015: It was in 2005 when Harsh started his comedy marketing on youtube. Surprisingly, many people appreciated his work and most of the videos got huge likes and comments. At present, he has 804, 029 subscribers on youtube.

In 2015, the Youtuber Harsh Beniwal created a new youtube channel namely – HasleyIndia which features comedy and prank style videos. The channel has more than 3lakhs subscribers.

After his immense success Harsh’s Instagram account followers grew exponentially and now he gets more than 3k followers per day.

Comedy is his forte and he just loves mimicking comedians. Earlier he only started with Dubsmash videos, unfortunately, didn’t get much fame. But later when he got to know about the video marketing he started posting his videos on youtube.

Name Harsh Beniwal. He always inspired himself to delve into some unique profession. Initially, he met with many challenges but eventually he established himself as a successful actor and entertainer. And guess what, he is now one of the most popular viners in India. In addition, his positive approach towards life has helped him rising quickly with success.

According to the rumors, Harsh Beniwal is approached to be the part of the most controversial reality show – Bigg Boss 11. The makers have almost confirmed his existence in the show. His presence in the show is going to make a big difference.

Bigg Boss 11 is to be hosted by Salman Khan and is all set to be aired from October 2017 on colors channel. With all his upcoming working schedules Harsh Beniwal promises his fans to keep working with vines in the coming times. 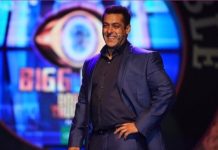 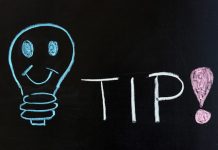 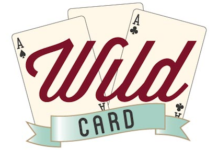